WHAT SNOWBOARDS I’M HYPED ABOUT THIS 2017 AUS SNOW SEASON

Not going to lie, I’ve never really been much of a fan of Rome SDS. Not because they had crap boards but because they never really put out anything that really grabbed me except for the Artifact, but I’m a chick so thats not gonna help me…

Behold! Rome SDS 2018 Range. IT IS ABSOLUTELY KILLER.
Here’s the run down on my top picks out of the range.

Rome Artifact (of course)
This is the top pick of the shred stick for Rome’s team riders because it slays everything park – smooth on rails, pops off kickers, holds on landings. It’s also a camber board so you can hold those edges on a lovely, icy Victorian ski resort groomer. For those wanting to progress in park but worried about catching edges on a traditional camber board, this bad boy comes in a rocker as well! Not to mention it looks so clean and it’s my bosses choice for the season.

Rome Agent Alek Oestreng Pro Model
So the artifact was the team riders choice except for Alek Oestreng – one of the most creative dudes in snowboarding and part of the badass RK1 snowboard crew (check out their edits, I dare you). Being a creative freestyle rider, a board that can do pretty much anything he comes up with is essential and that’s exactly what the 2018 Agent offers. It almost a twin, rides like a twin yet has been tweaked a little to ensure you get the most out of both your edges. You’ll be able to hold onto this board for a while cause it’s so versatile. Add it to your quiver this season – as Rome says “Quivers Rule”.

Rome Royal
A true all mountain board for the girls! Chicks shred too and Rome has caught on to this and give us a board that will hopefully get more chicks shredding! The Rome Royal is a hybrid with flat or zero camber between the inserts and rocker top and tail making it for a cruisy ride pretty much made for progression. A camber profile like this is so forgiving when it comes to stepping up your riding whether it be in the park getting comfy on rails or boxes or messing around with presses and butters on the groomers. Ladies if you’ve gotten into riding recently and want your own board to start getting serious or have been riding for a while and want some more response, come feat your eyes on the 2018 Rome Royal. PS if you want to see a chick shred – check out Alek Oestrengs missus Christy Prior (at least I think that’s still a thing). 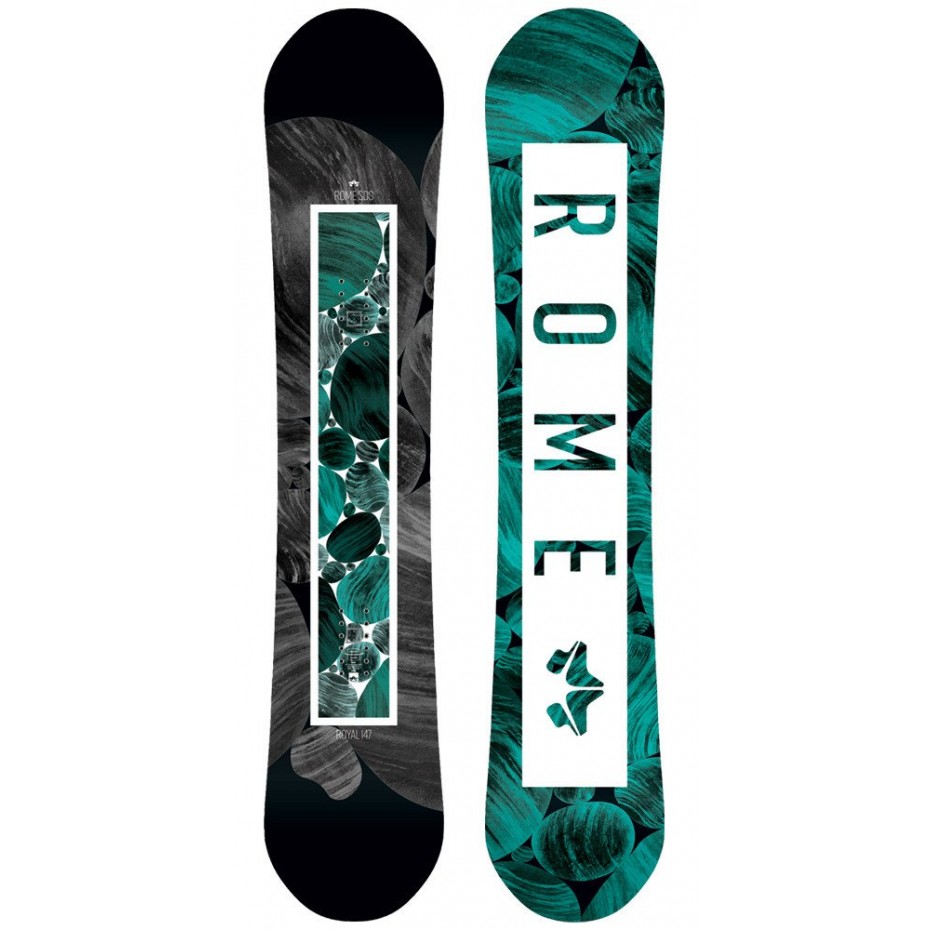